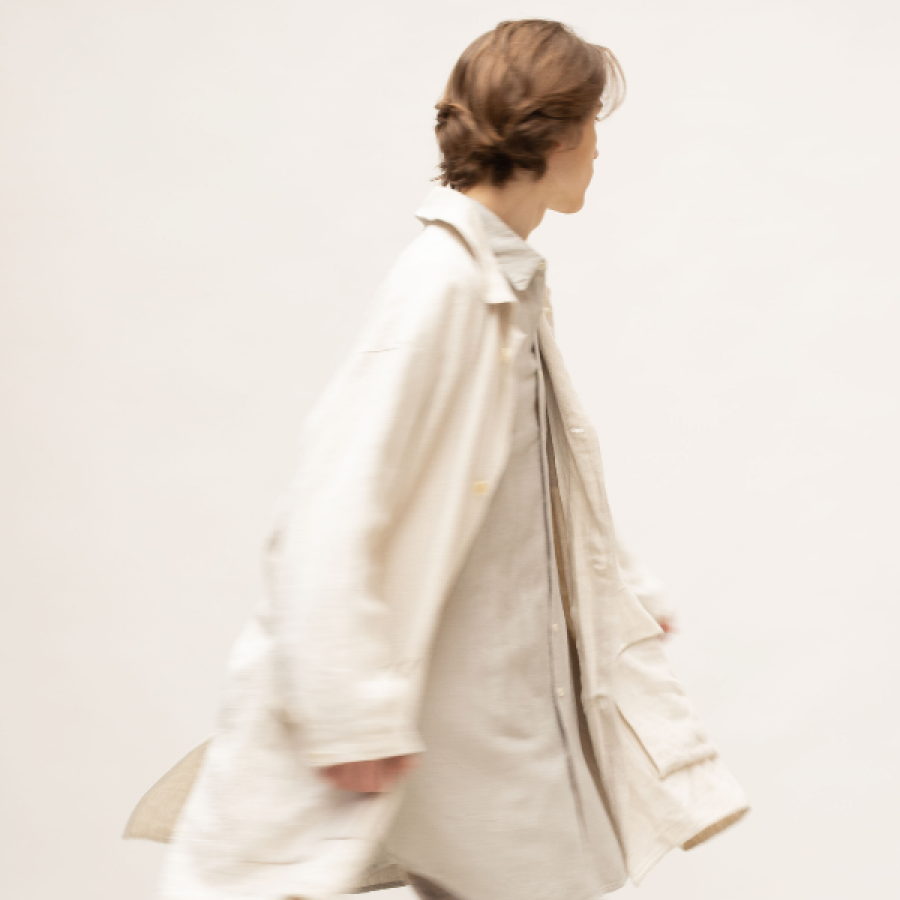 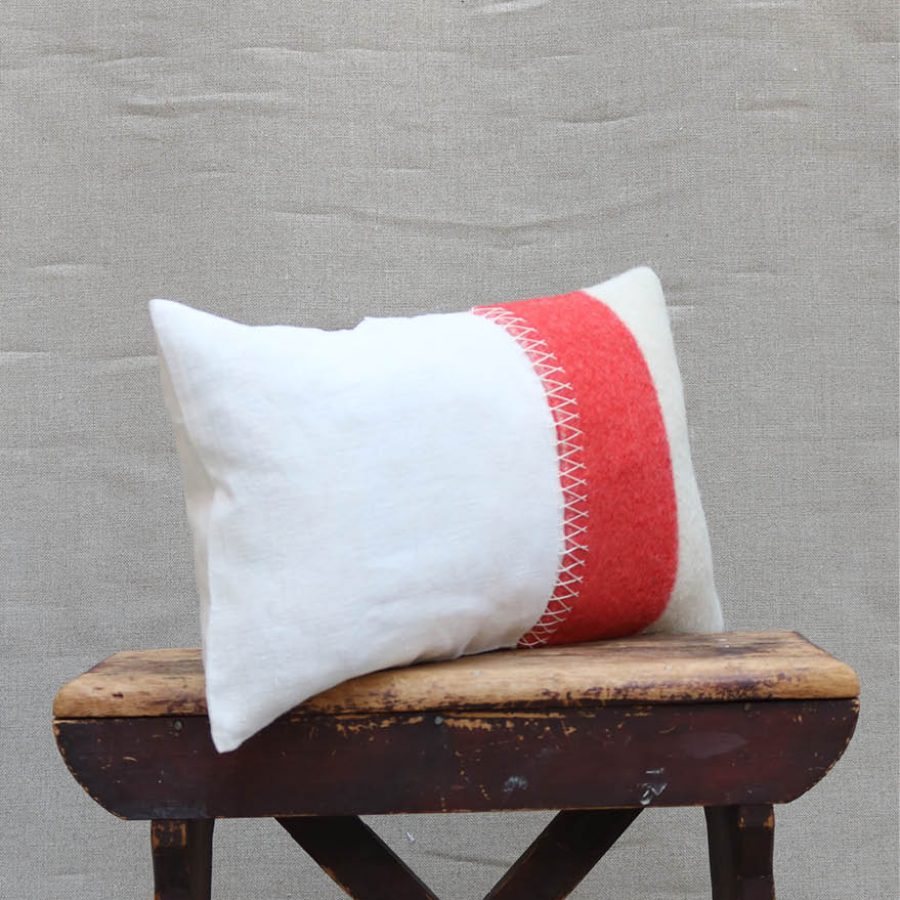 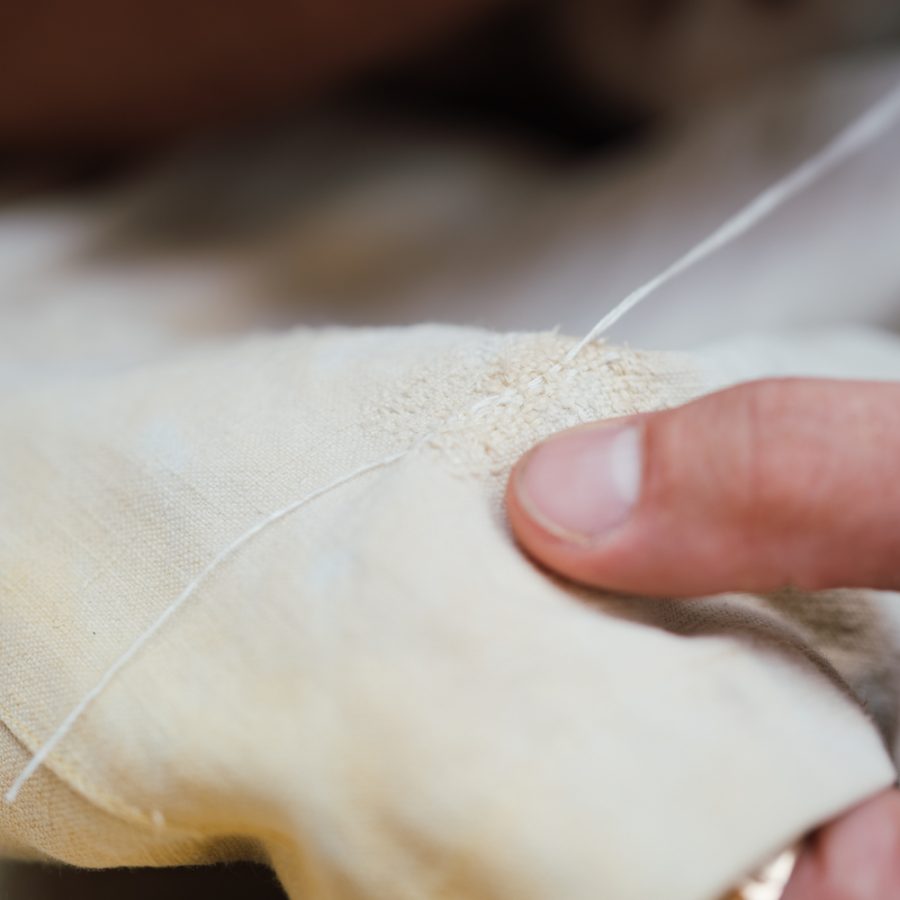 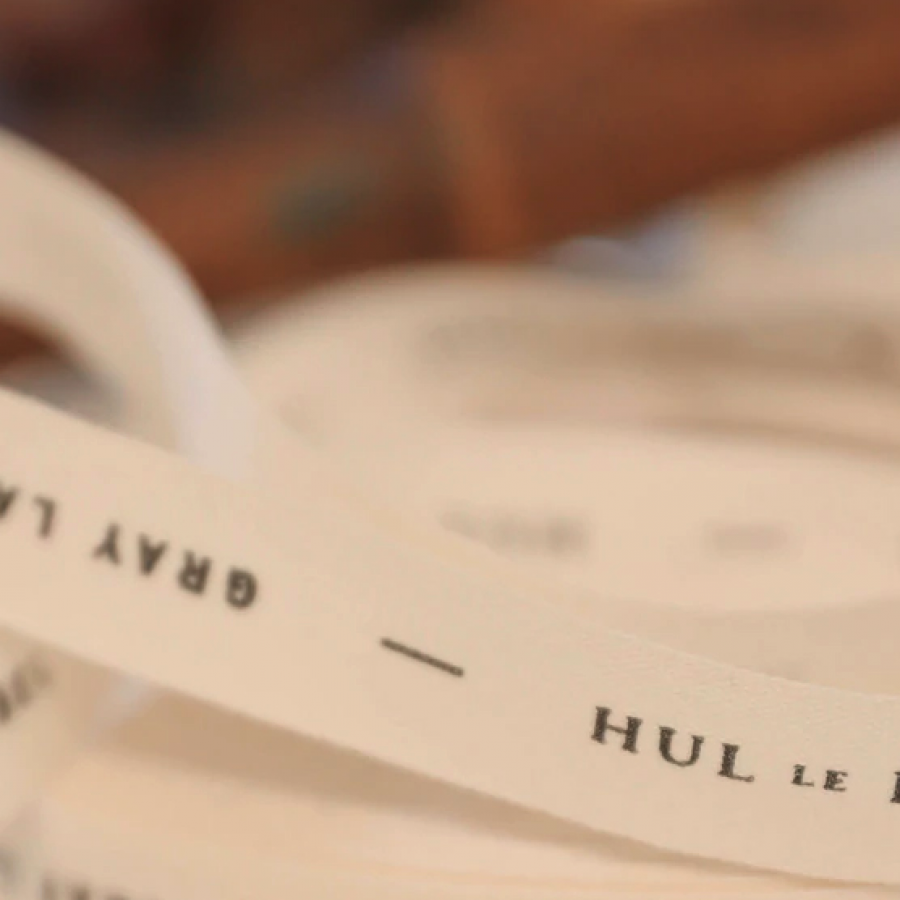 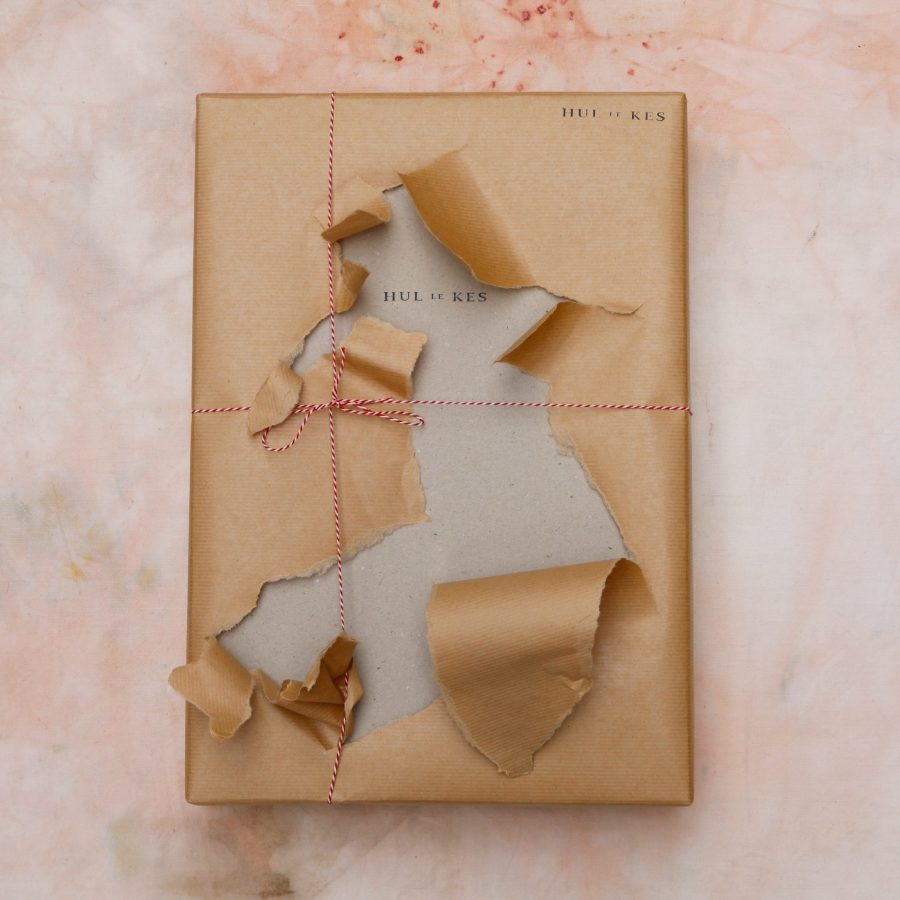 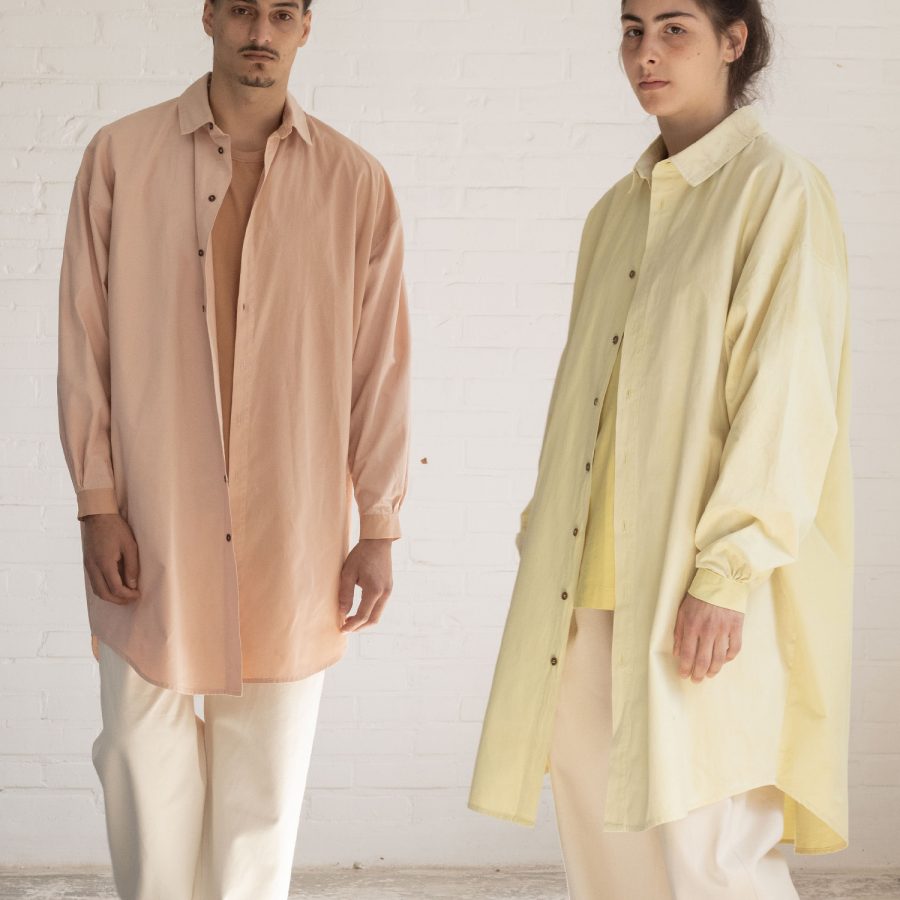 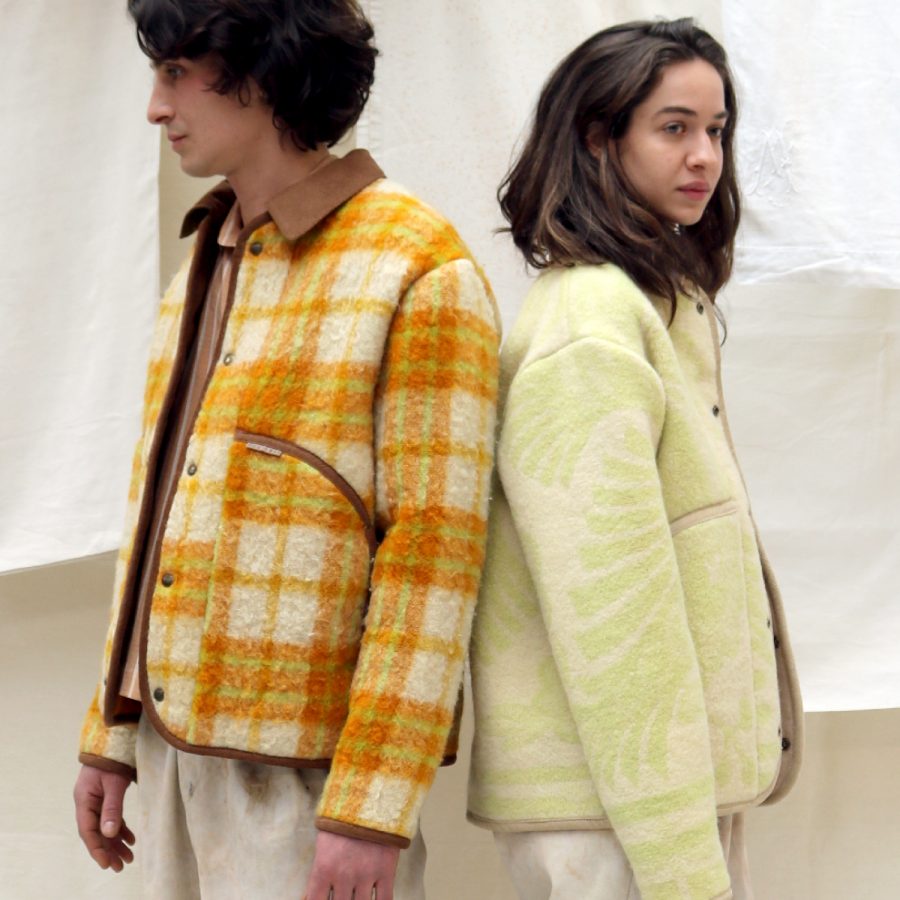 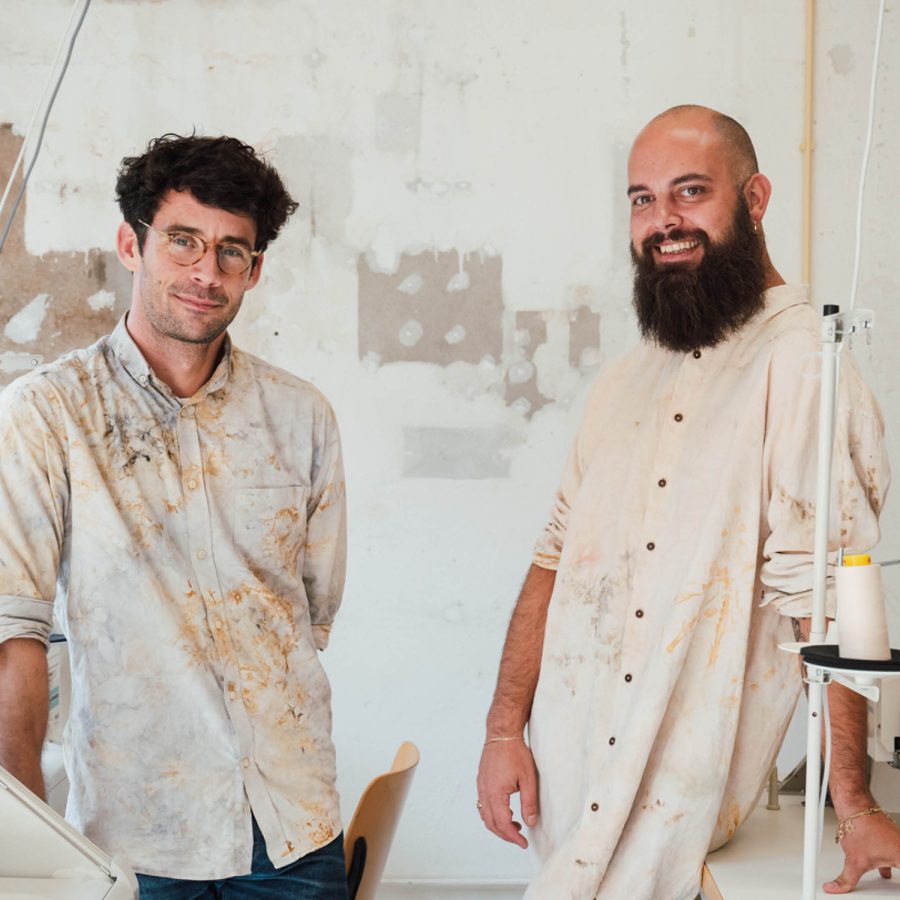 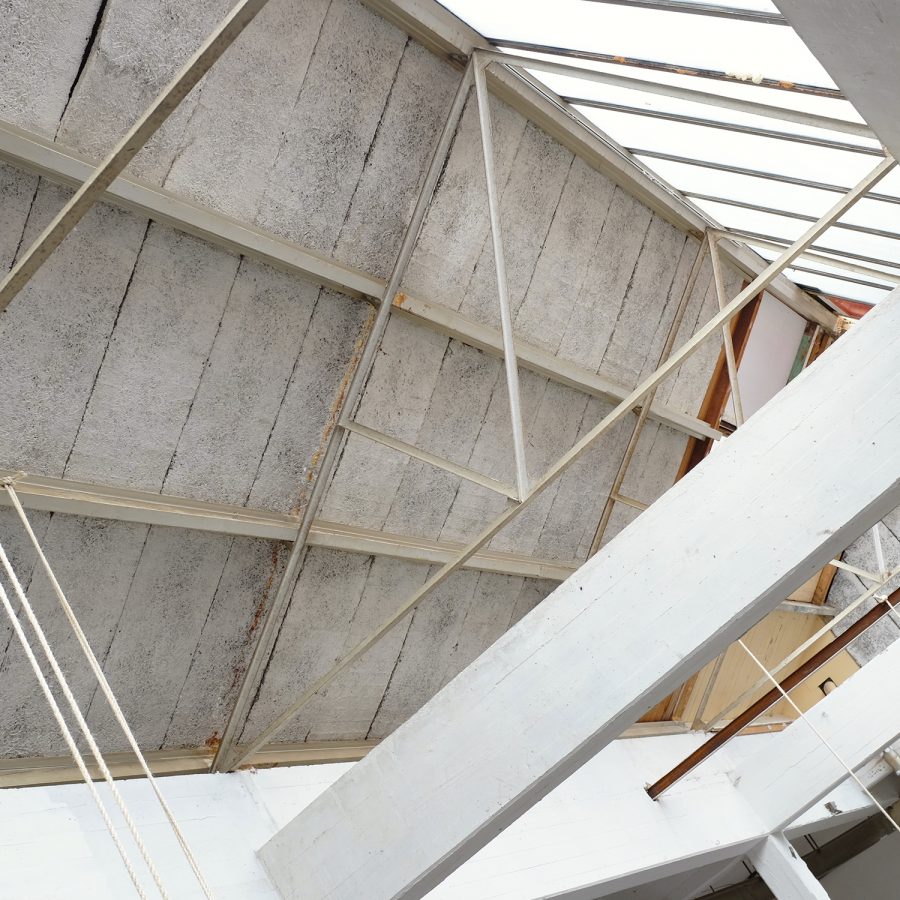 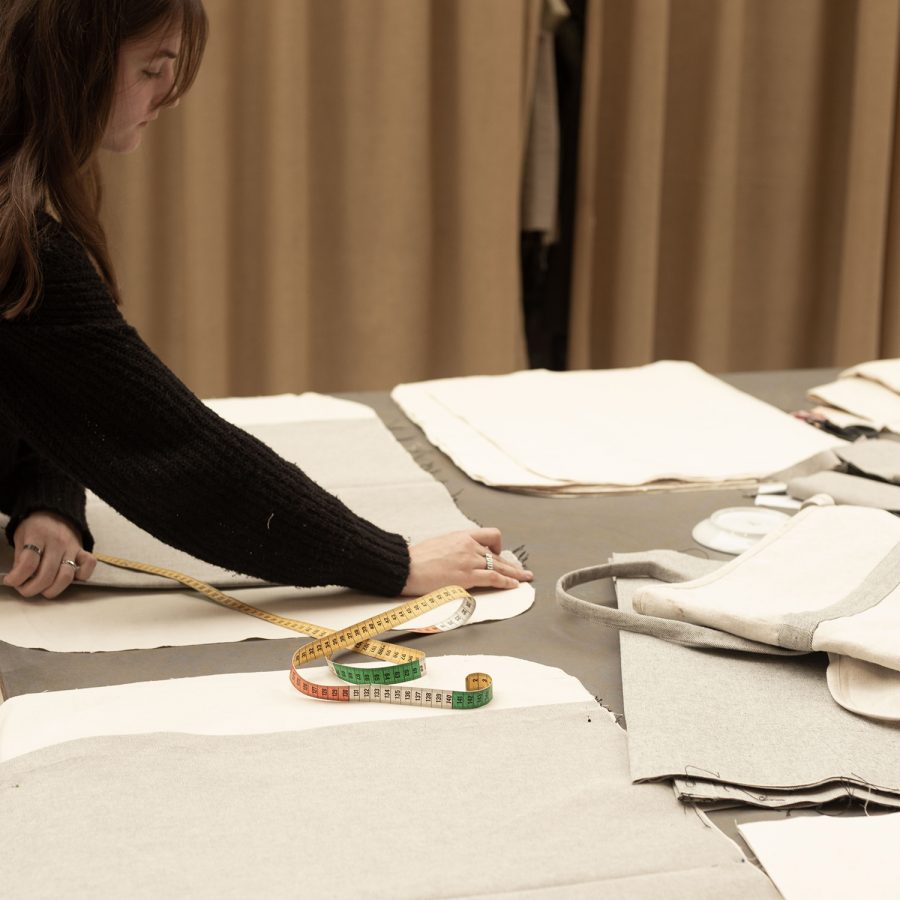 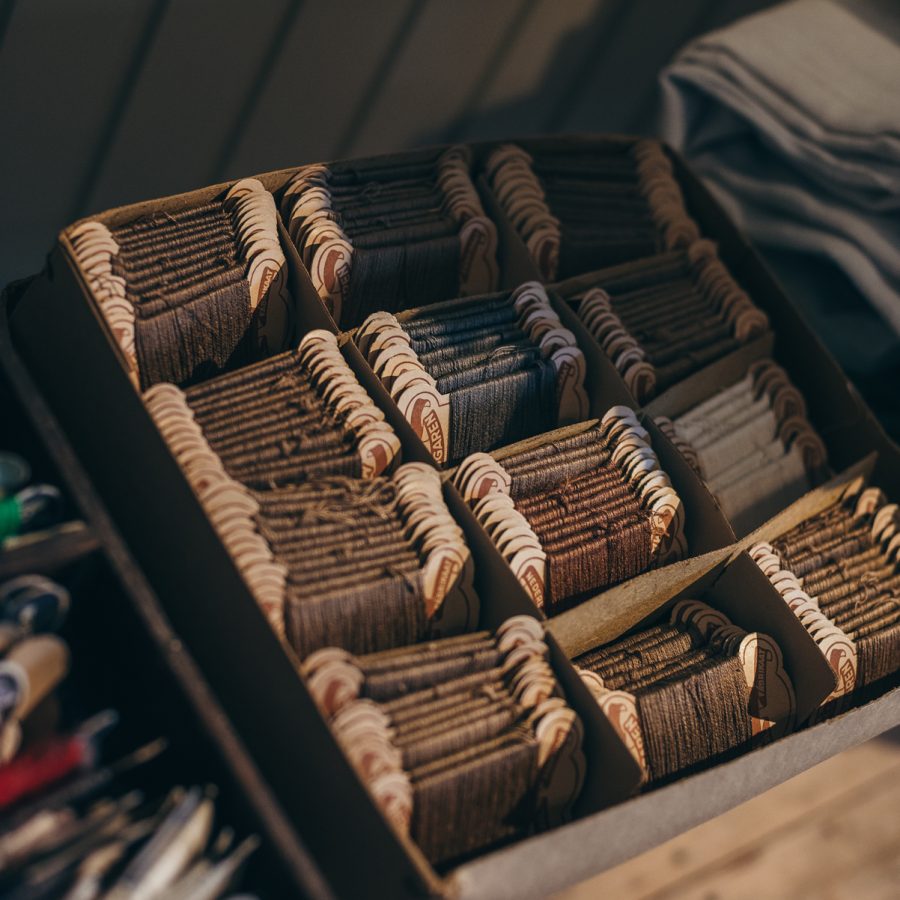 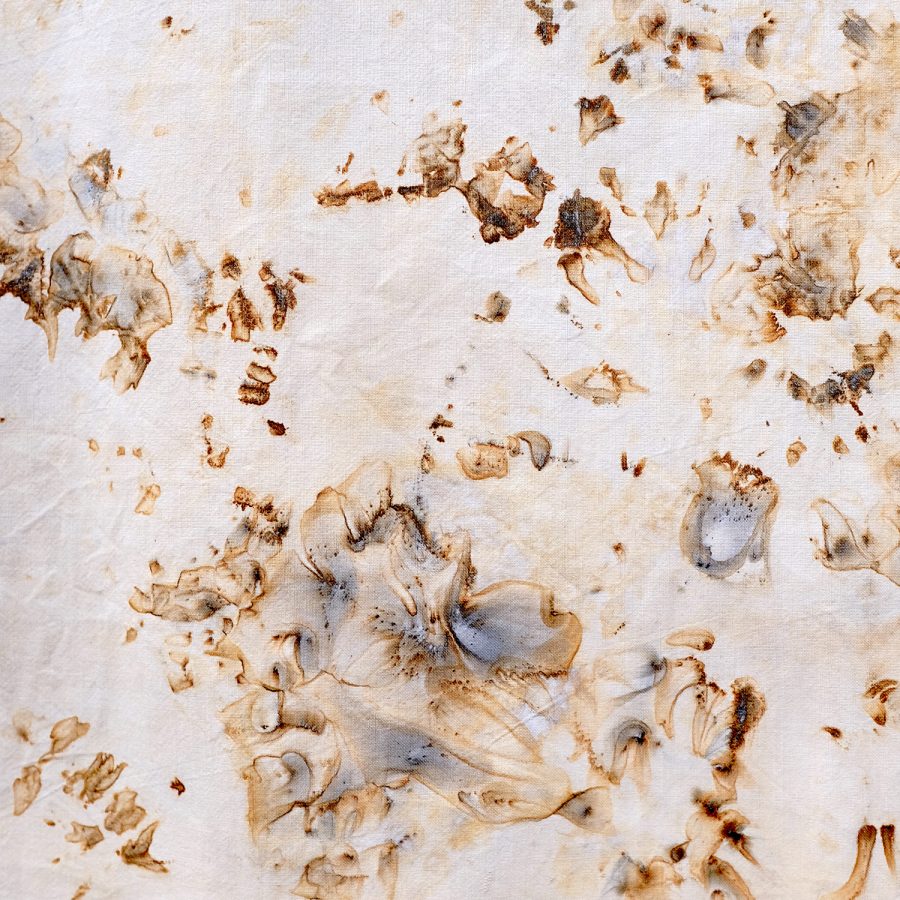 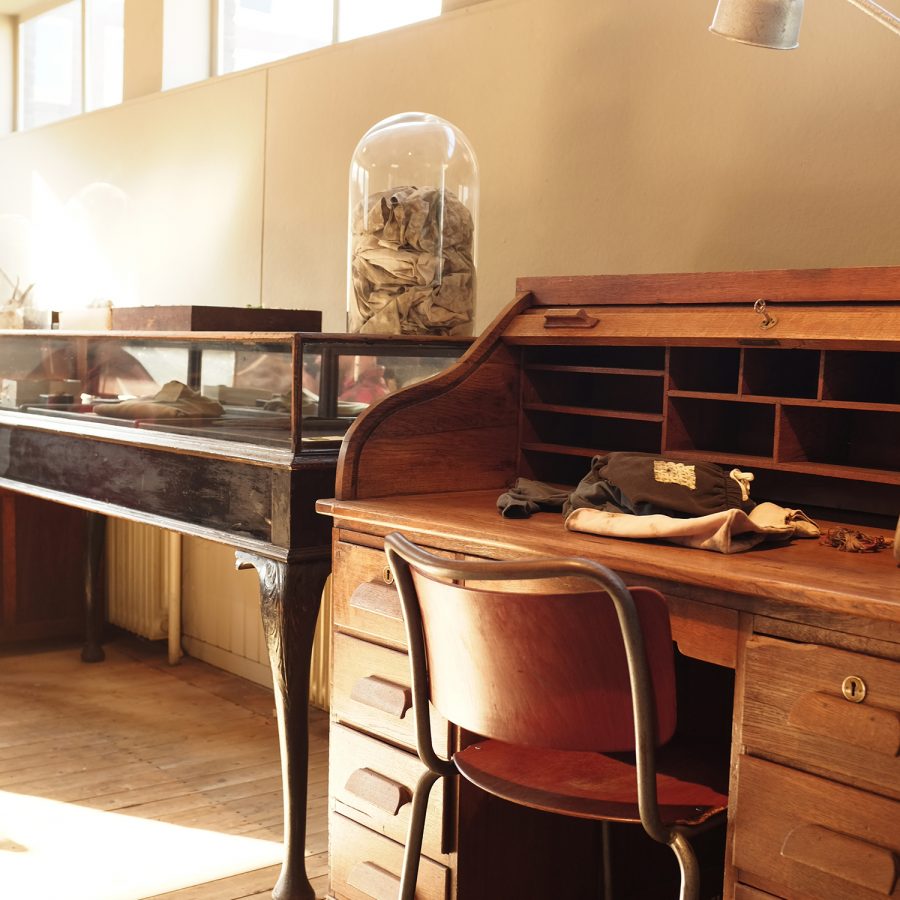 cooperating to
renew the system

working together on our higher mission

to create intrinsic values in fashion

the people behind
Hul le Kes

The Hul le Kes team is working together in a unique and self-developed way based on the complexity theory and non-Western philosophies. Within the company personal interests and paradigms of all people, involved in its circular business, are leading. Its non-hierarchical way of working provides space for personal growth of each individual. Intrinsic motivations from its owners, employees and clients are the key of the Hul le Kes business. On this page you will find the personal stories of Sjaak Hullekes, Sebastiaan Kramer and our other team members. 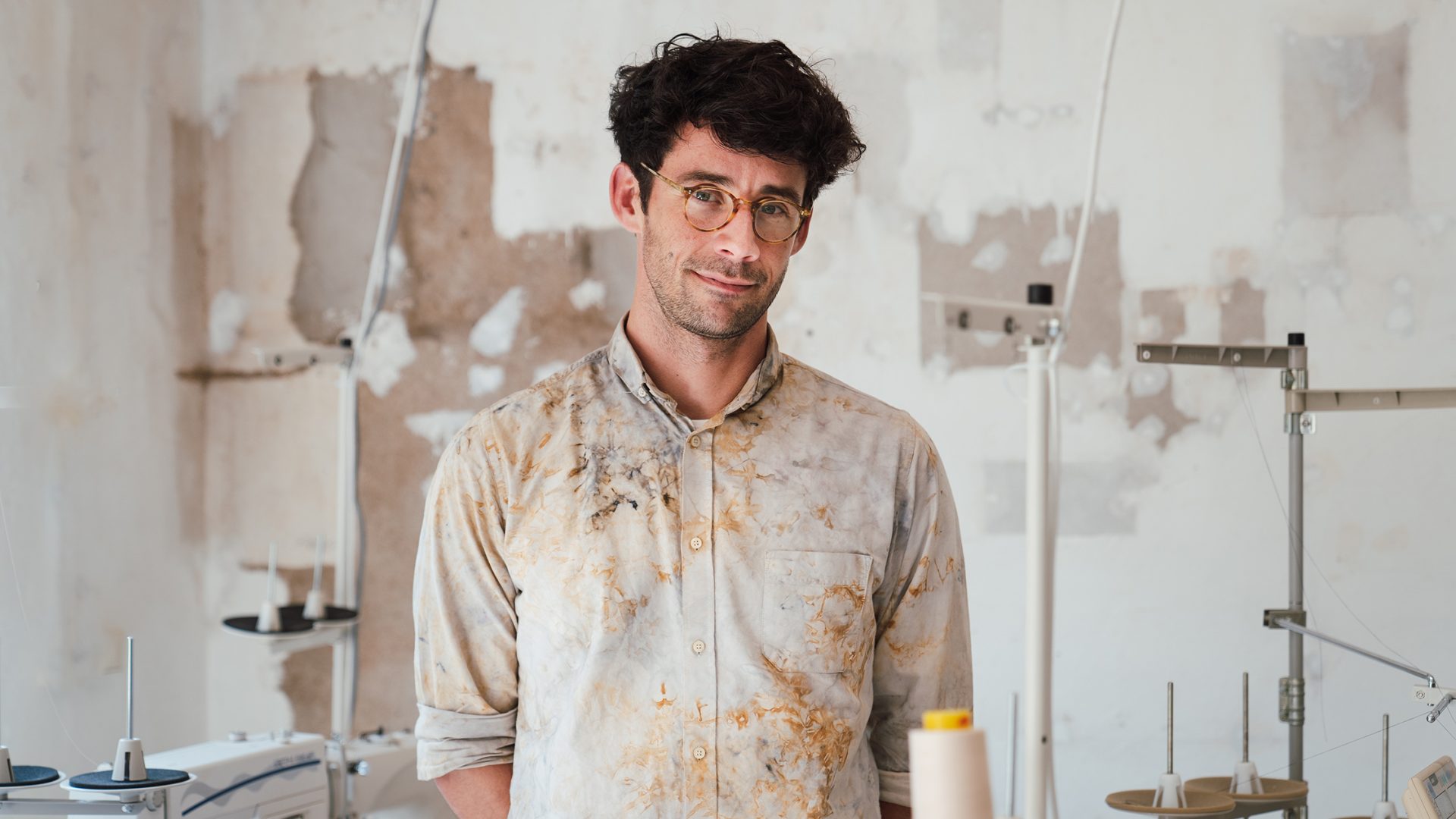 Sjaak (1981) grew up in the safe and unhurried environment of one of the islands in the Dutch province of Zeeland. During his youth in the picturesque town of Zierikzee he developed a high interest in people, art, fashion and design. As a child Sjaak wanted to become an antiquarian, and his fascination for old and used materials has never disappeared (as you can see within the Hul le Kes collections). At the end he chose to start a study to become a Social Worker where he already started to connect creativity to caretaking. Meanwhile his interest in fashion kept growing. After he finished study as a Social Worker he started his study of fashion design at ArtEZ University of Art, Arnhem. During his study to become a fashion designer Sjaak continued working as a social worker.

Sjaak’s personal interests are connected to transience, peace and love. He is driven by his intrinsic approach towards people and products. He is inspired and intrigued by the beauty of their imperfections.

As a co-founder and co-owner of Hul le Kes Sjaak is responsible for the creative direction of the company. Sjaak is ‘the face’ of the company, takes care of the daily activities at the Manufacturing Studio and Recovery Studio, and is Hul le Kes’ main designer and stylist. 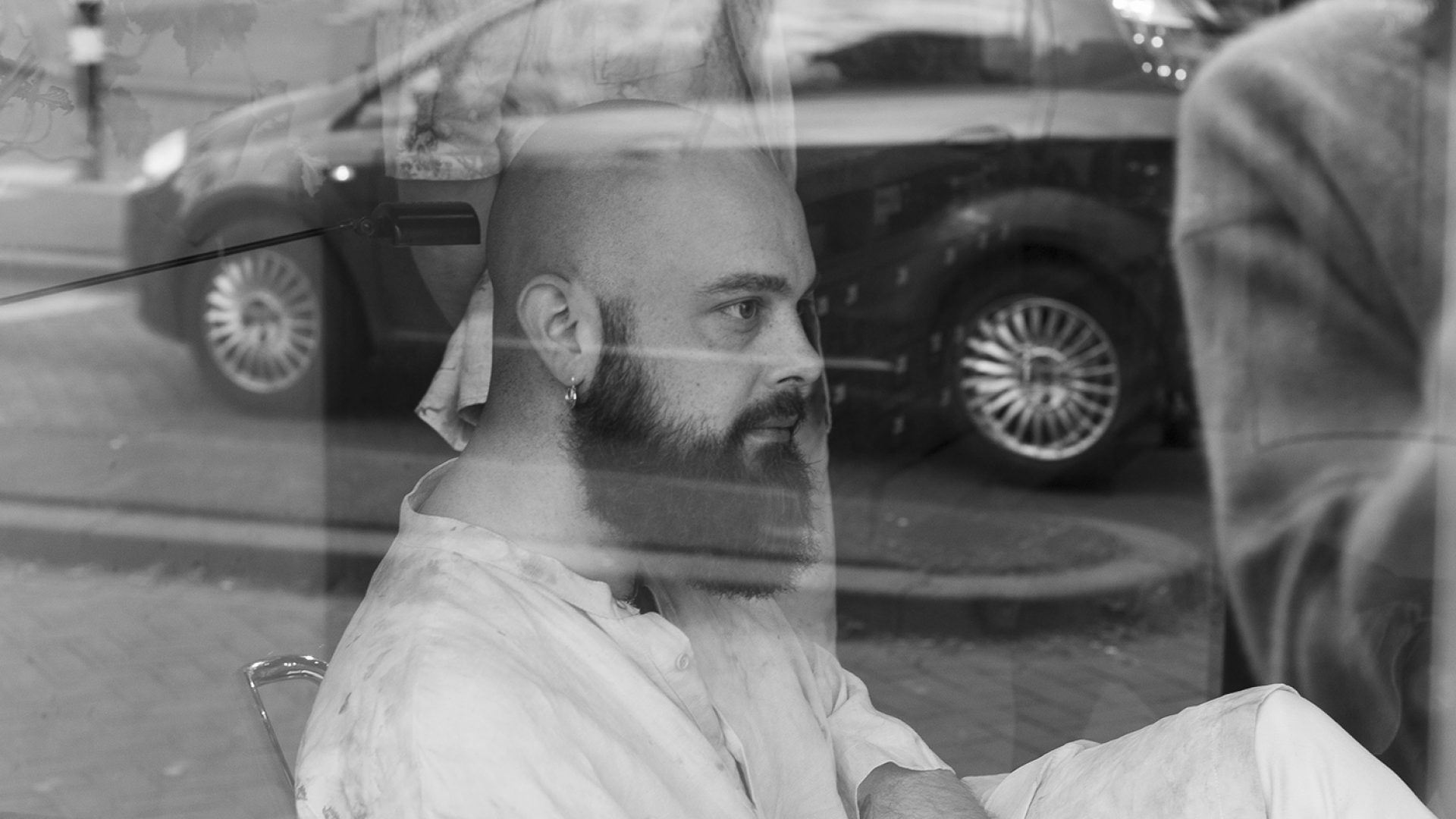 Sebastiaan (1985) comes from a close-knit family in which creativity, freedom of expression and equality have been important values. His father taught him to take nature as an inspiration towards creative thinking. His mother taught about how every person has its own way of working and learning. He became interested in fashion at a young age and got accepted at the fashion department of ArtEZ University of Arts at the age of 15.

To combine his creative skills with his passion for new business models he started his study of business administration and management. He did research in the field of alternative ways to manage businesses. He specialized himself in the management of creative, innovative and circular businesses by using aspects from the complexity theory, non-Western philosophies and natural behavior of human beings.

Within Hul le Kes Sebastiaan works on the long-term perspectives and makes sure of positive dynamics within the company, aligned to movements in society. Besides that he is responsible for the business network, general management and finance. Sebastiaan coaches other creative businesses in finding their strengths and strategies. He is also a guest lecturer at universities to talk about alternative business management.

After following her study to become a tailor and pattern maker Sylvia has been working at two different manufacturing companies before she came to Hul le Kes. At our Manufacturing Studio she helps in the production and escorts our interns and people with a distance to the labor market. She likes to look at the personal interests and talents of people to get to their personal learning goals. To Sylvia it is important for people to be themselves within our society, to be proud of oneself.

Demi was one of the first students at Rijn IJssel following our special learning trajectory. Directly after her graduation she started working for Wintervacht, which is now part of Hul le Kes with our Monet Jackets and Cremer Jackets. At Hul le Kes she works at our Manufacturing Studio where she takes care of escorting interns and people with a distance to the labor market. Within the studio Demi teaches them about honest fashion and the importance of locally made quality products.

Directly after finishing his study Fashion Design (Maastricht Academy of Fine Arts and Design) Reinder started working at Hul le Kes. Within the company Reinder takes care of the research and development of the natural dyeing processes and Hul le Kes products. He develops new garments, private orders and helps the Manufacturing Studio with the Hul le Kes productions. Within his tasks he takes care of the sustainable and aesthetic values of Hul le Kes.

In her country of origin Gawhar used to be a supervisor in a nursing home for people with disabilities where she was a teacher in sewing lessons. She did voluntary work for Unicef, helping poor people. When arrived in the Netherlands she worked at Mode Met een Missie before she came to Hul le Kes. At Hul le Kes she is responsible for the cutting process of each garment and works with interns on small projects within the Manufacturing Studio.

After following her studies Fashion Commerce (Aventus, Zutphen) and Art & Economie (HKU, Utrecht) Irma started working at Hul le Kes. Next to her work for Hul le Kes she has been working over ten years in home care. At Hul le Kes she takes care of the agendas, Human Resources and the daily escort of our people at the Recovery Studio. She is a truely people connector within the company and helps the company in reaching its social and cultural missions.

Jonathan has been studying Music Theater (ArtEZ, Arnhem) before he came working for Hul le Kes. At Hul le Kes he takes care of the efficiency and sustainability of our processes regarding our Hul le Kes products. He is taking care of your webshop orders, their shipment and the communication with our wearers. Private and wholesale orders will be handed over by Jonathan to the people at the Manufacturing Studio. In all his tasks within the company Jonathan makes his contribution by taking care of our sustainable and circular missions.

At our Manufacturing Studio we work with interns from all over the country, and often also from abroad. Our studio is specialized in working with students and provides special learning programs for students from Rijn IJssel (vocational education). Hul le Kes also has internships available in other disciplines within the company. Design students, students from MA’s or marketing students are all part of our team. To apply for an internship send us an email.

Throughout the whole company we educate and work together with people with a, so called, distance to the labor market. Within our Manufacturing Studio this means most often that we help people with a refugee background in integrating in the Dutch culture and working habits. Te (re)integrating people at our Manufacturing Studio often already have their experience in working in the fashion industry in their country of origin.

People with mental or psychological problems recover themselves and textiles at the Hul le Kes Recovery Studio. Depressions, burn-outs, anxiety disorders, extreme loneliness and other mental issues are growing in our society. We think this is not the problem of those people, its a problem of our society’s way of working. At the Recovery Studio they help recovering textiles for Hul le Kes and our wearers, while they are able to recover themselves.

Since the very beginning of Hul le Kes we have worked together with the Amsterdam based agency Spice PR for our Dutch public relations and press. Indy, Froukje and Davy have been a great support to our team since. More information for press can be found on our website’s Press Page.

Our contact for retailers goes via Gonneke and Dana from Engel Agency. The showroom of Engel Agency can be found in Belgium (Mechelen). On a temporary basis they can be found within Germany, Switzerland and France. Find their contact information on our website’s contact page.

You as a wearer are another important part of our team. Again this is a totally different approach towards a consumer than you’ll know from the fast fashion industry. But we think we can only make a positive difference when our wearers are part of our way of working. We are always looking for your input in terms of our products or services. Please give us a call or email.

As a social enterprise with a mission to make positive change we are glad to have some sponsors supporting us. Rabo Foundation and Vriendenloterij Fonds/Stichting Doen are supporting us financially whereas Deloitte supports us with their professionals. Also private persons are financially supporting us or make material donations. Without their help we would not be able to make our mission possible.

Get to know our advisory board and sponsors